Steven Moffat Announced as Guest for Gallifrey One 2018 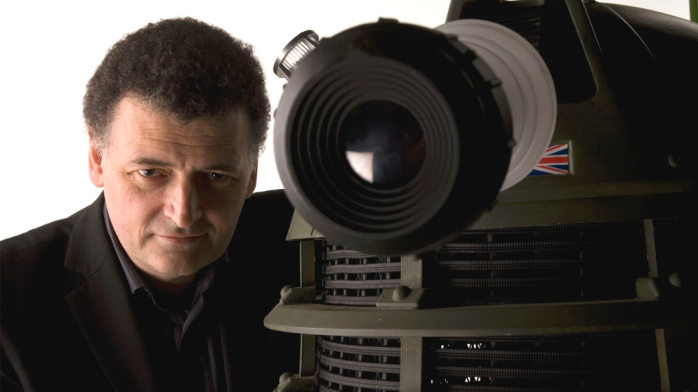 Gallifrey One has made a major guest announcement for its upcoming 2018 edition of the world’s largest Doctor Who convention: Steven Moffat, head writer and executive producer of Doctor Who from 2010-2017, will be in attendance!

Moffat, the Emmy and BAFTA award winning writer of Doctor Who, Sherlock, and many other popular programmes, has been charge of Doctor Who since taking over from Russell T Davies in 2008. From the time his first series producing Doctor Who aired in 2010, to his departure from the show this Christmas in “Twice Upon a Time”, Moffat has overseen the show go from new cult hit to a worldwide sensation.

Moffat previously attended Gallifrey One in 2006, 2007, and 2008, and has always been a friend to the convention, appearing in several videos made especially for the convention.

Gallifrey One 2018 was already shaping up to be one of the best ever, and this announcement clinches it. Follow Radio Free Skaro, the official podcast of Gallifrey One, for more information, and we hope to see you all in Los Angeles in February 2018!